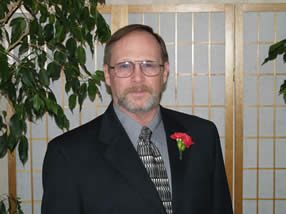 Please join us in welcoming Professor Thomas Ryan to our August testing event. This will be Professor Ryan’s first visit to our school, and we are excited to have him here!

He holds the title of Rokudan (6th Degree) with the title of Professor with Kodenkan Danzan Ryu Jujitsu Hombu, Costa Rica. He is Hachidan (8th Degree) with the American Judo and Jujitsu Federation and the American Traditional Jujutsu Association. In addition, he is a Sandan (3rd Degree) in Kodokan Judo, a Jujitsu Rokudan and a Master Jujitsu Rank Examiner with the United States Judo Association and also holds a Black Belt in Tae Kwon Do.

In addition to his martial arts studies, Professor Ryan is also a Certified Okazaki Restorative Massage Therapist, a distinction he earned in 1985 from the American Judo and Jujitsu Federation’s Okazaki Restorative Massage program. He has built upon this by earning his Okazaki Massage Instructor Certificate in 1988, his Massage Therapist Instructor certification from the Human Touch School of the Healing Arts in 1990, and has been a Certified Instructor with American Organization for Bodywork Therapies of Asia (AOBTA) since 1993.

He believes that his greatest reason for studying and teaching martial arts is to strengthen his spirit for all of life’s challenges, to be discriminatory so he can gain wisdom, to have a positive impact on the youth and adults in his community, and to be compassionate so he can serve others to the best of his ability.

Asheville Sun Soo Is Best of WNC Once Again!
Scroll to top