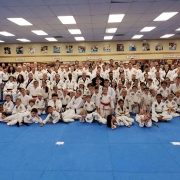 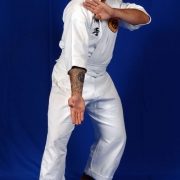 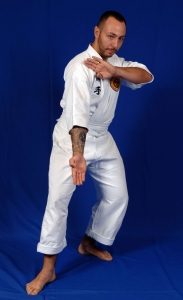 Please join us in welcoming Shihan Alex Ormaza to our August 2018 testing event. Shihan Ormaza will be our Guest Master Instructor, and will be conducting a class for our students in the Black Belt ranks on Saturday morning.

Shihan Ormaza is 40 years old, a 6th degree Black Belt in Kempo/Karate, was born in Colombia, South America and raised in New Jersey. He has been living in NC since 1996. Shihan Ormaza has been married almost 18 years and is father to two boys aged 15 and 11.

Shihan Ormaza began martial arts when his mother enrolled him at the age of 4. While he originally started it to learn self-control, he fell in love with martial arts and found it to be the perfect way to channel energy and aggression, and by the time he was a teenager, he knew that he would practice martial arts for the rest of his life.

It was also during this time that Shihan Ormaza realized he had a passion for helping others reach their goals in martial arts. As a member of a Leadership Team, he was often tasked with helping to teach fundamentals to new students. The feeling he got in his heart after teaching them something or watching them progress, then passing a test, was amazing! It’s a feeling that still fuels his fire to this day.

Shihan Ormaza was the first Martial Arts Instructor at the Gaston County College, in Dallas, NC. He has owned his own school, known as Ormaza Family Martial Arts, for 17 years and is very grateful for all the blessings that come with this responsibility.

Currently, Shihan Ormaza is focused on developing his Leadership Team, which helps him manage over 40 classes every week. He is also very fond of Martial Science, so he dedicates a lot of time to developing a deeper understanding from both a modern western and traditional eastern point of view. This knowledge also helps him become a better Healing Artist, as enjoys healing friends and family through massage.

Above all, he derives the most joy from maximizing the potential of each student and helping them achieve balance in life through the practice of martial arts.

Please join us in welcoming Shihan Ormaza as our featured Guest Master Instructor for our August 2018 testing!

We are pleased to have Grandmaster Barry Partridge as a guest Grandmaster Instructor for our June 2018 testing.  He holds an 8th degree black belt in Tae Kwon Do and has been practicing for over 40 years.  He is a former USTA heavyweight champion and has been a coach to several US Tae Kwon Do Olympians. Master Partridge is completely devoted to teaching and spreading Tae Kwon Do. He is a superb athlete, and a warm and charismatic person.  Master Partridge is also a devoted father.  He has a son named Dominique, who also practices.

Grandmaster Partridge loves teaching and loves teaching teachers – which is another thing he shares with Master Morris.  He enjoys facilitating people’s discovery of their own resources to become more effective.  As a practitioner – he loves staying physically fit and enjoys running in addition to Tae Kwon Do.   Although he is very accomplished, he is very humble about these accomplishments.  He believes that when people develop self defense skills, it actually creates a peaceful community because “when people are confident that they can take care of themselves, they are relaxed and comfortable and they don’t overreact – they are able to maintain peace.”  Grandmaster Partridge has great respect and appreciation for other healing modalities beyond martial arts.

We are excited to welcome such an accomplished and enthusiastic teacher, as well as an awesome human being, to our school for testing this weekend.  Grandmaster Partridge will be teaching our Masters Club Seminar, Saturday morning at 10 AM, covering sparring and in-close self defense techniques .  Please give Grandmaster Partridge a warm welcome when you see him in the studio on Saturday! 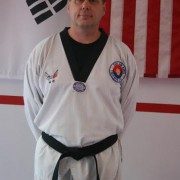 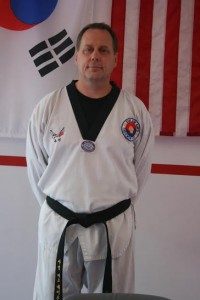 Grand Master Suk Jun Kim will be our special guest next Saturday at color belt testing. There are very few 9th degree black belts in the world and even fewer who were directly promoted by General Choi, considered the “Father of Tae Kwon Do”. He has been practicing for 50 years.

END_OF_DOCUMENT_TOKEN_TO_BE_REPLACED

Sorry, no posts matched your criteria